Cast iron skillets are one of the most durable, economical and versatile skillets you can own. Did you know it’s one of the healthier options to use for cooking?
In this video, I will show you how I use it, how to season it, wash it and maintain it properly so it will last you for years. 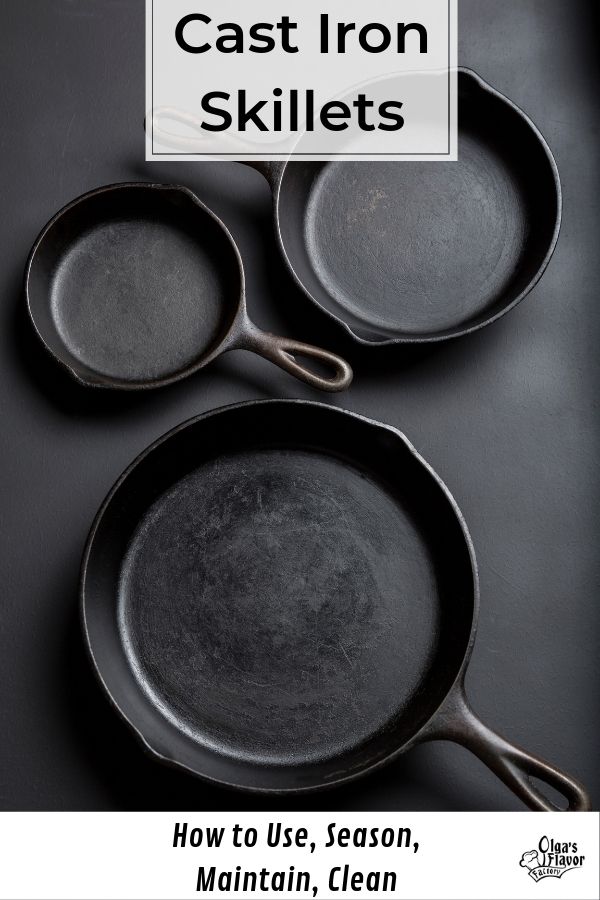 Why Would You Want To Own a Cast Iron Skillet?

Watch This Comprehensive Video About the Cast Iron Skillet

What Does It Mean To “Season” a Cast Iron Skillet?

Seasoning cast iron is simply rubbing oil into the surface of the skillet and then baking it in the oven or on the stove. Seasoning protects the skillet from rusting and creates an surfaces that releases easily – a natural “nonstick” surface.

I use a paper towel to rub a thin layer of oil all over the skillet until it’s evenly distributed, then place it on medium low heat on the stovetop for a few minutes, until it looks like the oil is absorbed. 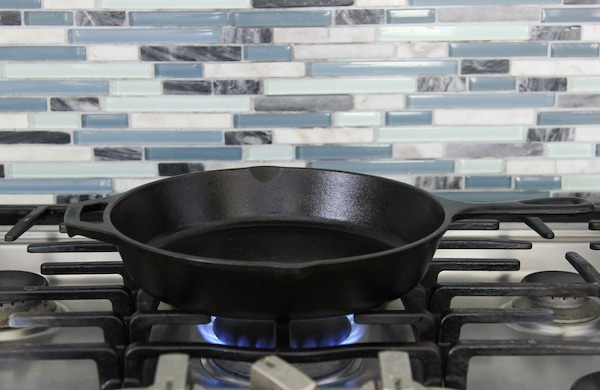 If your skillet is well seasoned, you only need to do this once. You can also place it into a preheated 350-400 degrees Fahrenheit oven for 5-10 minutes.

How To Season A Cast Iron Skillet the First Time

Even though most companies preseason the skillet before they sell it, you should still wash it really well in hot, soapy water, dry it and season it about 5 times before you use it the first time. When doing it for the first time, place the skillet into a preheated 400 degrees Fahrenheit oven for about an hour.

Which Oil Should Be Used For “Seasoning”?

The best oils to use are ones that aren’t too strong in flavor and have a high smoke point.

What If the Cast Iron Skillet Is Sticky?

This means there is a buildup of too much oil. Place it in the oven (400F) for an hour and that should fix it. Cool and repeat if necessary.

How To Wash a Cast Iron Skillet?

Use hot water to wash the skillet. A regular sponge should clean it well enough.

The easiest way to clean a skillet and remove the “fond” or the brown bits at the bottom of the skillet, is to deglaze it. That means you pour in some sort of liquid and use a spoon or whisk to scrape the bottom of the skillet and it cleans up so well. This is a perfect way to create a delicious sauce to go along with your meal. You can add some minced onion, shallot or garlic, saute for a few minutes, pour in wine, broth or water and it will create a tasty sauce.

If you don’t want to make a sauce, you can just pour in water, scrape up the brown bits until the bottom of the skillet is clean and then rinse out the skillet. DONE!

Don’t use anything too abrasive to clean the skillet, since it will take off the “seasoned” layer. If your skillet is really dirty or has some stubborn cooked/baked on bits, pour in some kosher salt into the skillet and use a sponge or brush to scrape it clean. The salt will soak up any excess grease, it’s abrasive enough to scrape off anything from the bottom of the skillet, but it will not take off the seasoned layer from the skillet. 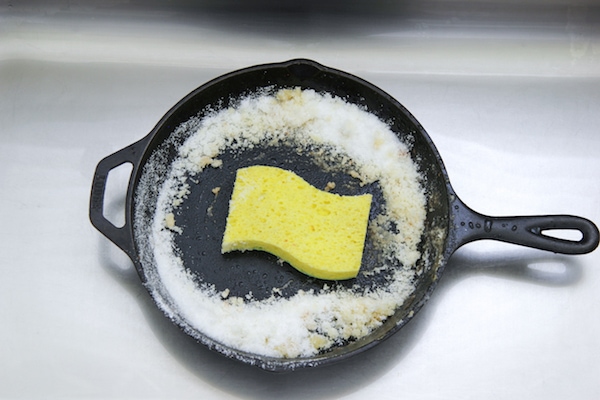 Do NOT put it in the dishwasher, it will remove the “seasoned” and built up layer and everything will stick to your skillet.

Do NOT air dry the skillet too long, or it will rust.

Soon after washing it, dry the skillet with a towel, then season it one more time before storing it away.

Can You Restore a Rusty Cast Iron Skillet?

Yes! Wash it with hot soapy water (use a brush or kosher salt to scrub it clean, if needed). Dry and season and it should be back to normal. In this case I would season it 5 times again.

Chicken Under A Brick 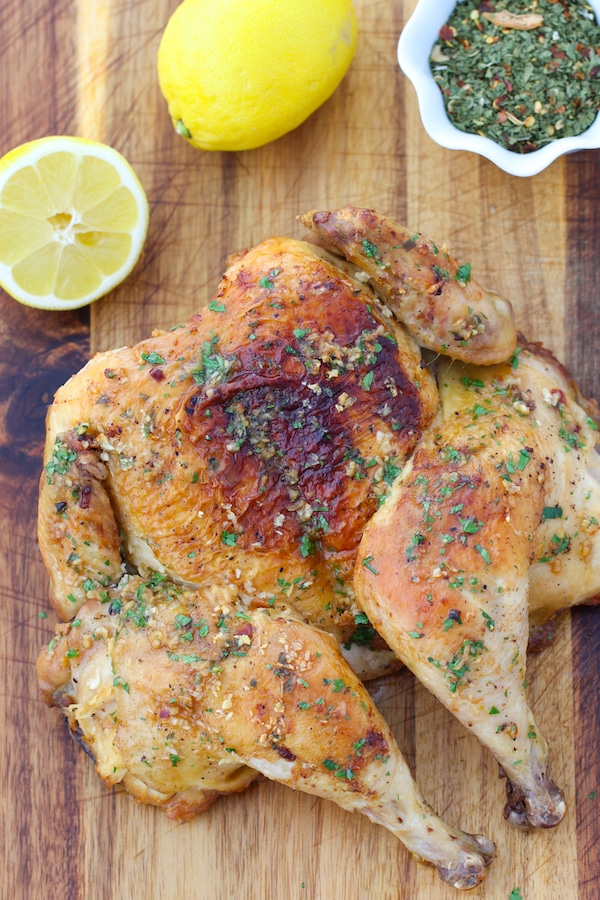 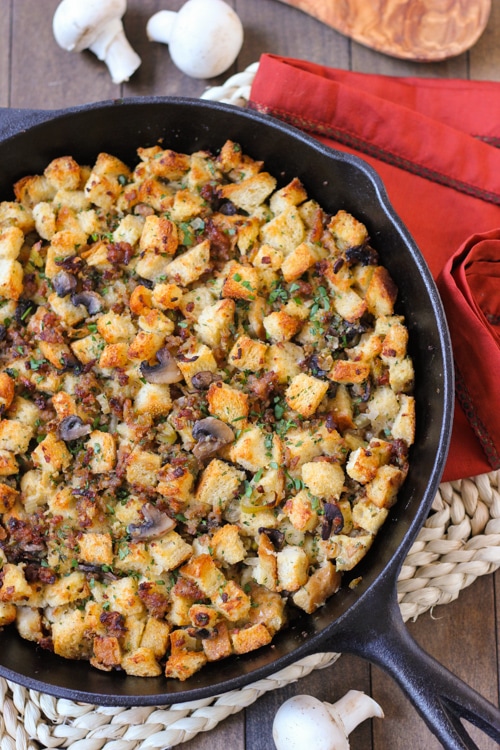