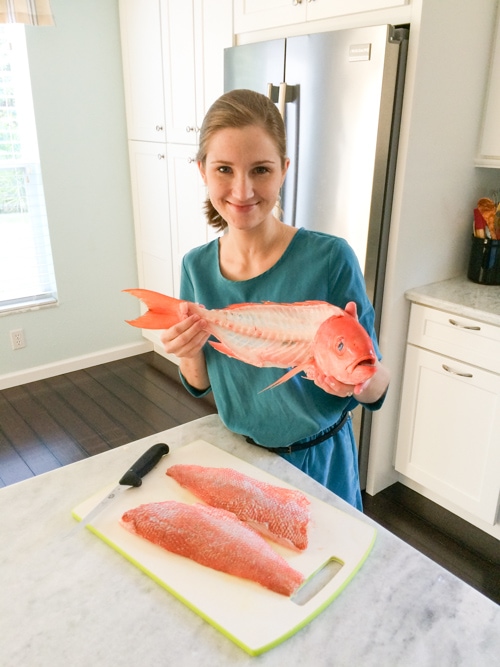 Most of us buy fish fillets at the store with all the work done for us – no skin, bones or attachments. Wouldn’t you love to know how to start with a whole fish and be able to fillet it yourself?

There’s something within me that wants to be a pioneer woman, who can accomplish anything with a good sharp knife, and that includes filleting a whole fish. This is a challenging task, and often our with first attempts we end up with a massacred fish, with uneven and jagged cuts in the fillet and leaving behind a good portion of the delicious fish on the bones.It’s much easier to scale the fish while it’s still one big piece, so do that first. I use a small knife and just remove all the scales. I know there are fancy fish scalers, but I prefer to keep things simple and have an aversion to unitaskers, so the knife works for me. Guess what, though? You can ask the fishmonger to do it for you! Just smile nicely and they will be happy to do that job for you. However, if you’re dealing with with fish that you caught yourself or that your fisherman husband blessed you with, you will have to do it yourself.

Hold the fish firmly by the tail with one hand and scrape the scales off with your knife, starting from the tail and scraping from the tail to the head. Don’t get too rambunctious with this step, since fish scales will fly EVERYWHERE.

First of all, I do have to give you a word of caution. You will need a very good quality, SHARP knife to fillet a whole fish. If you don’t have a sharp knife, save yourself the frustration, because the fillet will end up being a sorry mess. You can also very easily cut yourself if you don’t have a sharp knife. Dull knives are very dangerous in the kitchen. Here are two knives that I have a love for jobs like this and also to take apart a whole chicken, etc.

DISCLOSURE: None of these products are sponsored in any way; however, some of the links below are affiliate links — which means that at no cost to you, I may get a VERY small commission. However, I hope you know that I’m only promoting the products below because I use them daily in my own home and life. 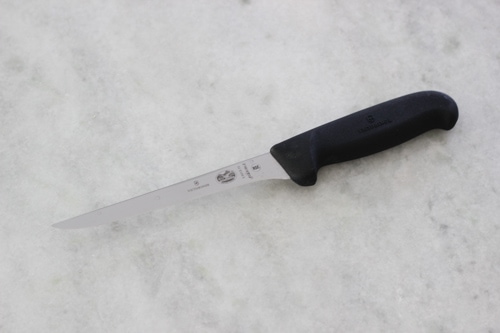 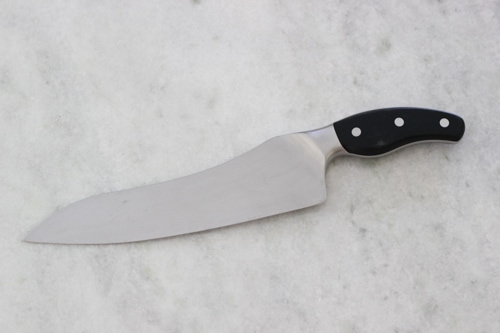 You can start off with cutting off the head and the fins, but I like to leave them in place because I have other plans for them. Be careful, though. The fins are really sharp. 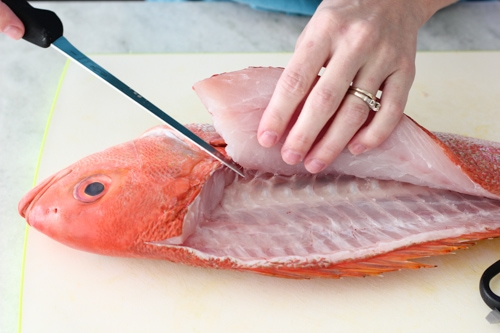 Make an incision along the spine of the fish with a very sharp knife, and keep the knife parallel to the bones, as you cut off the fillet. You’ll need to apply some pressure to get through the bones in the center of the fillet. 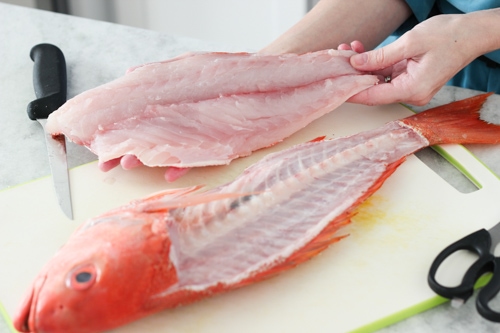 Repeat with the other fillet. 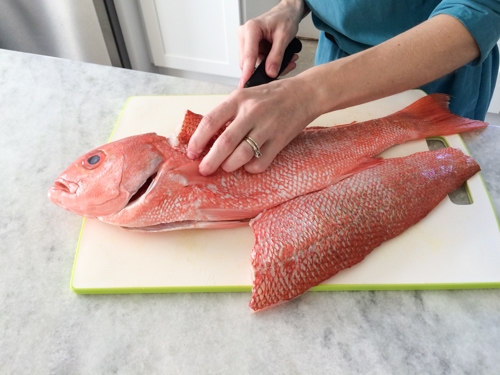 Remove the pin bones from the fillets, by running your finger along the fillet. Pull them out with some tweezers or small pliers. Pull the bones out in the direction that they are pointing.

How simple is that? After you do it a few times, you’ll be a pro. Maybe next time I fillet a whole fish, I’ll make a video tutorial:).

Now you can use the fish skeleton to make a flavorful fish broth and make a light and aromatic Fisherman’s Soup – Ukha. 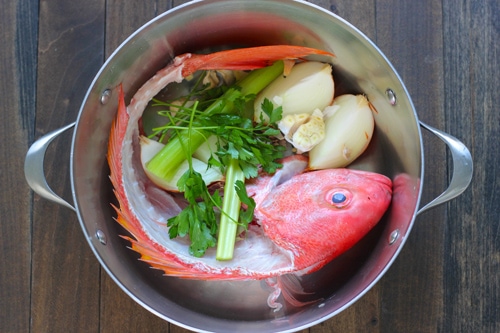 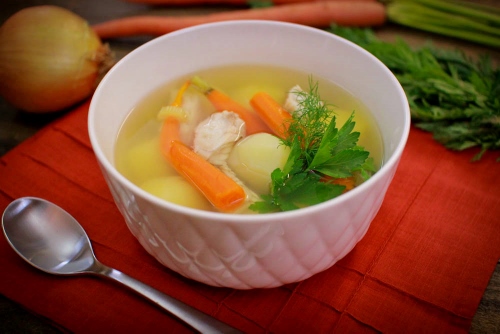