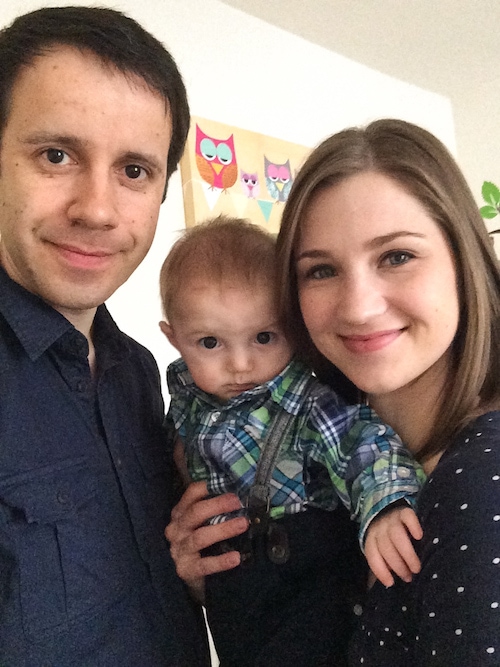 May has been a difficult month for me for the past 7 years. It brings with it so many heartbreaking memories. Every May is full of tears, agony and grief. This May has been especially hard.

There’s no easy way of saying this, but we’ve been transparent in sharing our story with you from the very beginning, so I knew this was a post I had to write. On May 20th, we had to say good bye to Danny. I won’t go into any details, but Danny is going to be adopted by another family.

Click on the link below to watch the video.

The song is by Mandisa, Overcomer. One of my all time favorite songs. Watch the original video. It’s so inspiring and much better than mine.

This month has been bittersweet on so many levels. It was very eventful to say the least, and that’s probably very helpful. I suppose the solution to not drowning in pain is to fill your life with so much activity, that you don’t have any time to think. We’ve been house hunting, going to the BlogHer conference, welcomed a new niece to the family and are currently having lots of family visiting. (We’re all very excited about baby Madeline. She is already absolutely adored by us all!)

I don’t even know how to describe the feelings that have had me on an emotional roller coaster. We knew when we became foster parents that we would have to say good bye to children who would become so much a part of our family. Knowing is one thing, but actually going through the pain is another – it’s so much more raw. How do you say good bye to a child who has been with you for seven months? The last few weeks of trying to keep smiling and give Danny happy memories, not memories of a crying Mama, were nearly impossible at times.

It helps to know that he will be with a loving family, but that doesn’t stop the pain of losing him. It doesn’t stop the questions, doubts and constant tears. How many children will I have to say good bye to before I have a child I can call my own?

Do we sometimes want to quit? All the time. So many times I just want to stop fostering and get back to my comfortable life. It would be so much easier to be just the two of us. We’re happy together and we wouldn’t have to keep saying good bye to children. The children are what stops us, though. The seven months that Daniel was part of our family were so much richer, happier and so much more fulfilling. I don’t want to avoid heartache because that means saying “No” to something that is so rewarding. I see the faces of the children that have been with our family and I know that it’s worth it.

I know there are some of you who are going through some rough things. I want to encourage you not to give up. “Whatever it is that you are going through, don’t let it get the best of you.” We’ve been through a lot in our short married life, and I can honestly say that if it wasn’t our faith and God holding us up through the dark days, we would have never been able to keep going forward. When I look back at all the things that have happened in the past 7 years, it seems like an awful nightmare and I have no idea how we even lived through it. There is absolutely no way that a human being can face so much heartache alone. God is the one who gives us the strength to put one foot in front of the other, wipe our tears away, and gives us a future where there is hope.